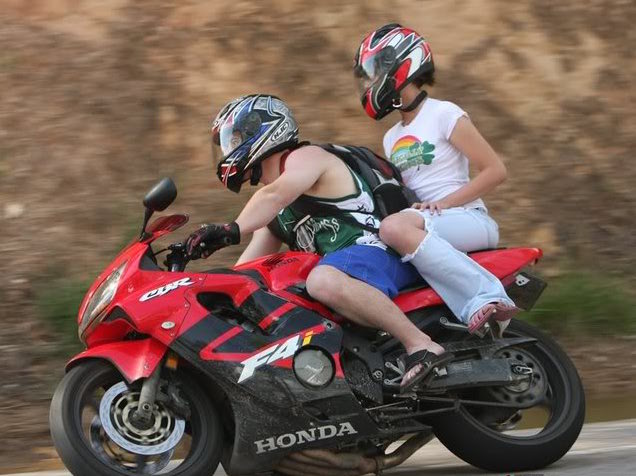 The word ‘’squid’’ has traditionally been used to make reference to unskilled and reckless young motorcyclists who also do not wear any gear. This concept has changed over time with the appearance of memes. Now a ‘’squid’’ is basically any rider who rides dangerously and likes to fool around. There are many different categories of ‘’squids’’ nowadays.

Let’s go with some examples:

This ‘’squid’’ might be the one who resembles the old concept of ‘’squid’’. It combines ratty gear with sketchy wheelies on a 400$ motorcycle and an informal outfit like some Vans shoes and t-shirts. One of their main traits is their will to have a motorcycle, no matter how broken down it actually is.2

This one is kind of difficult to find because some of their external signs like running around in full leathers and on a bike with semi-active suspension make them look like they are part of some kind of motorcycling championship winning team, but that’s not the case. These people actually try to make of the road a racetrack and they are particularly inclined towards motorbikes like Yamaha’s R1, Kawasaki ZX-10R, and others.

These guys are usually ex-race bike riders who wanted something more upright for the street. Typically, they are also not dependent like the Race Bike squids, but the will be geared up. Some of their favorites are KTM-1290 and the BMWs 1000-R.

This ‘’squid’’ has become very popular due to the rise of moto vlogging. These people will tell you things such as bikes of less than 300 pounds with a single cylinder motor are pretty much designed to wheelie and to go off-road. They will also try to ride bikes like the Yamaha 450 and pretend like they are perfectly adequate for the street without any additional maintenance whatsoever.

Pretty much all of the riders have gone through this phase. These people have just gotten their license like two weeks ago and they are good enough not to fall from the motorcycle while switching lanes, but they will go to parking lots and ripping through traffic pretending to be some Moto GP celebrity. They might be aware of how green they currently are, but all of them have big dreams of rocking a wheelie down the main street of their town on a future bigger bike. Fake stunts are also a must: things like standing up on your pegs or doing stupid things while riding, can’t be forgotten.

In every group ride there is the random cruiser dude. These people seem to play by some different rules and show up to any kind of motorcycling events or meet-ups with a terrific Harley Sportster of Emax. While these people might not be able to bust out a wheelie, they love to cut up traffic and to hang around with other ‘’squids’’. Usually, they are the sort of guys who just love riding bikes.

This is a special breed all of their own. They are not into the latest gear, the top speed or the biggest wheelies. They instead prefer to ride these diminutive motorcycles being some kind of borderline stunt riders. Standard wheelies are not enough for them anymore. They usually end up doing some other forms of advanced ones, like stand up wheelies or circle wheelies.