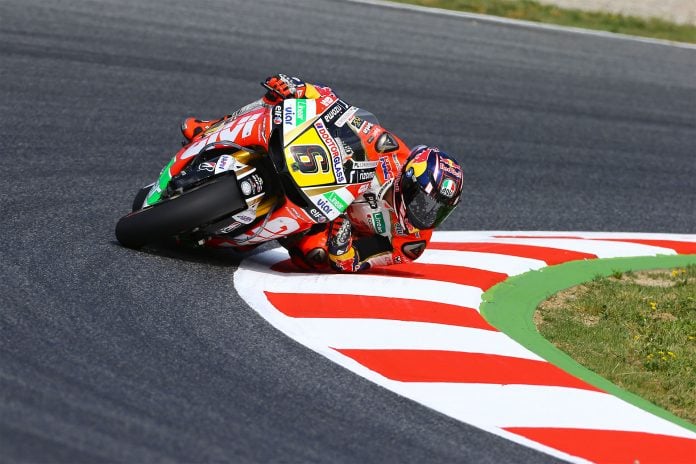 The essence of motorcycle riding is cornering. If you are a motorcycle biker, you probably agree with this. Cornering is the most important aspect of good riding. You will always learn a different thing when the subject is motorcycle cornering.

We created a simple guide with 10 steps to improve your motorcycle cornering. Please see below.

If you have footpegs you want to be on the balls of your feet. This is where you have the most leverage. In other words, this is where the least amount of muscle energy moves you the most amount of distance. Whether you have footpegs or floorboards, you want to position your foot in such a way that no matter how far the bike is leaned over, no part of your foot will ever touch the ground.

Biologically speaking, human beings are predators. As carnivores, specifically, we are genetically predisposed to going after our prey in the direction of our head, shoulders, and hips. This means you want all three of their axes facing toward the exit of the corner (“The Doctor” demonstrates). If you start twisting them out of alignment to one another, your nervous system can send confusing signals to the brain about where it is going, making proper muscle inputs more difficult to execute.

The goal here is that you want to put your body in the position that you want it to be in at the middle of the corner, before the corner even starts. The reason for this is it’s pretty hard to crash an upright moving motorcycle. But it’s very easy to crash a bike when it is fully leaned over in the Danger Zone. So you always want all major body movements to be made before a turn and after a turn, but never during a turn.

At street or track speeds you want to make sure that your body’s centerline is always to the inside of the bike’s centerline. It can be an inch or a foot to the inside, but you need to be in that position before the turn starts. You and the bike should go down together and come up together, and that distance between the centerlines should never change. Not until the bike is upright should you move back to a neutral position. Just as importantly there are three axes (head, shoulders, and hips) that should be facing to the inside of the turn in the middle of the corner.

There are three reasons why it’s important to do this.

Ironically, hanging off is most useful to cruising and touring riders whose bikes have significantly limited ground clearance, and who can easily end up levering the bike right up off the tires and crashing in turns. But, of course, it works great for all kinds of street bikes.

The cool thing here is the number of degrees between a line, which is perpendicular to the road and the outside-of-center line of the bike is the amount of ground clearance you will pick up when the bike is leaned over.

Because the bike is starting at a point that is more than 90 degrees from perpendicular to the ground, this amount is how much less lean angle the bike will need to lean to accomplish the same turn.

By doing this you have simultaneously stored future turning energy (gravitational and aerodynamic forces) into the bike.

On the road that point could be a spot on the pavement, a tree just off the street, or an imaginary coordinate, as you would use in billiards to bank a ball. The challenge here is to be able to memorize its location. You will have to know where it is even though you will not be able to look at it the instant you turn.

Before entering the turn you want to aim the bike on a path that connects the turn point and exit point in a smooth line. At normal street speeds this should be 10 feet to 15 feet before the turn point. (Higher speeds will require a longer distance.) The reason for this is that the human brain is very good at connecting dots.

So if you have both starting and ending points, in your mind you can connect those dots and know exactly what trajectory to put the motorcycle on. The only way to have a good, clean line through any corner is to know exactly what trajectory to put the bike on before you commit to it. And the only way to do that is to have an absolute starting and ending point picked out before you do.

At this point all you have to do to start the bike turning is to relax the pressure on the outside grip. All the stored gravitational and aerodynamic forces will immediately start turning the motorcycle—without upsetting the suspension.

This is much more efficient than simply putting a big countersteer input into the bike because, in that case, the front suspension would significantly compress, adding energy to the fork springs.

Just like a big pogo stick, at some point the fork springs would release all that energy and cause the bike to become potentially unstable. As soon as you relax the pressure on the outside grip, some of your weight will easily transfer to the inside grip.

This technique prevents your two arms from fighting each other for control of the motorcycle in a feedback loop. A feedback loop is what happens when you keep adding more and more energy into a system until it wants to explode.

As soon as you stop steering with both arms and start steering with the inside arm only, you break that feedback loop. You can now let your bike turn the way it was always capable of turning but which—up until that exact moment—you’ve been preventing it from doing.

Your throttle position will always be indirectly proportional to lean angle. So when the bike is leaned all the way over, you can only give it just a little bit of throttle. As the bike stands up you can give it more and more throttle until the bike is fully upright where you can give it full throttle.

There’s good and bad news with modern tires. The good news is that modern tires have gotten so sticky that on a warm, dry day with good traction, in many cases you can simply whack on the throttle and the tires will lift the weight of your bike and body up and out of the corner. But if you try to get out of a corner completely with the throttle on a wet, slippery day, the rear wheel slides out.

The reason for this is you’re asking the little contact patch of the rear tire to do all of the work to lift the weight of your bike and body up and out of the turn. The other way to get a bike out of a turn is to steer out of it.

You could get out of the corner completely by steering, but it would take a pretty serious steering input, and you would lose a lot of potential traction in that excessive steering input. This is because you’re now asking the front tire’s little contact patch to do all of the work of lifting your bike and body up and out of the turn.

The correct technique is to use a little throttle and a little steering, thereby dividing up the work between the front and rear contact patches. This way, even on a wet, slippery day, you’re going to have the best chances of staying upright and in one piece. When done properly, the bike easily rights itself with very little physical input from the rider. Remember, the whole time you’re in the corner you’re maintaining that “V” position.

Step 10: Move Back to Neutral

The reason you want to wait until after the bike is completely vertical before you move your body back to neutral is to minimize any excessive suspension movement caused by large weight shifts. That could be the proverbial “straw that breaks the camel’s back” from a traction perspective.

If you’re feeling a little overwhelmed right now, don’t worry. You currently do some, if not all, of the 10 Steps already—you’re just not aware you are doing them. Fortunately, you don’t have to think about each of these steps every time you go through a corner. Many of the steps happen without your conscious attention. For instance, as soon as you pre-position your body, you will automatically push on the outside grip to keep the bike going straight.

Also, as soon as you relax the outside grip you will have to push on the inside grip as there is nowhere else for the weight on your hands to go. Plus your inside hand is now the only one in a position to steer the motorcycle.

How Long Does It Take to Learn How to Ride a...

7 Mistakes You Probably Do That Can Ruin Your Motorcycle

How to Winterize a Motorcycle?