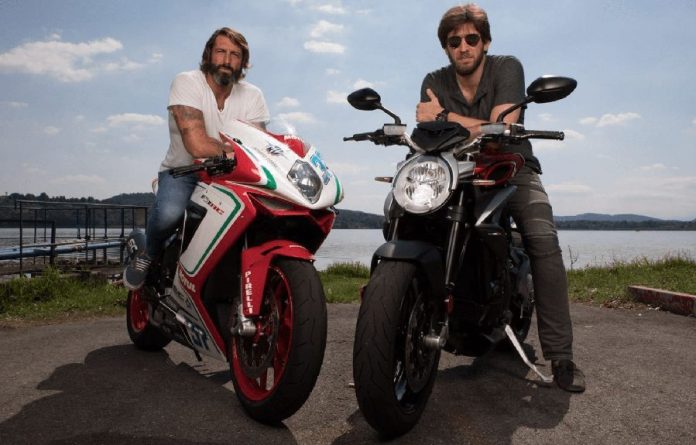 The Italian brand MV Agusta have a new CEO. The Russian Timur Sadarov, investor that helped the brand renegotiate its debits and it’s starting to think in the future, now owns an executive place in the company.  The indication came from Giovani Castiglioni himself, who is still a president.

“Now that MV Agusta is strong, I can finally focus on the industrial side, which is what I love, with the clear objective of bringing to market the pmts advanced products in the segment. Personally, I took to our board the idea of Timur being the future CEO of MV Agusta and I’m very happy that he accepted that role. His vision and focus on innovation will take the group to the next level, “said Claudio Castiglioni’s son.

Sadarov has commented on his role in the company. “I joined MV Agusta almost two years ago and I work closely with Giovanni and our team can bring to the company not only vision and strategy, but also the necessary financial resources, allowing MV Agusta to become more modern and dynamic”, he said.

And that’s exactly what we saw in the last edition of Eicma, the Milan Show in Italy, when the Varese brand showed that it wants more than to sell special editions of models that already exist. In its stand, the manufacturer presented the beautiful sports car of retro concept Superveloce 800, which brings the same triple-cylinder engine on the F3, and the new Brutal 1000 Serie Oro.

Equipped with the newest 998 cm³ tetra cylindric engine from the Varese house, the new naked combines the famous MV Agusta design with all the electronics expected of today’s sports, such as driving modes, controls of all types and panel. And it will be the forerunner of a new line of models, now developed under the management of Sadarov And Castiglioni.

“I’m honoured by the trust I have received from our board and our employees and will devote myself entirely to the company with the aim of taking MV Agusta to a higher level, which is where it belongs. This company is a true family of incredibly qualified people, passionate and loyal customers, a heritage of the two-wheeler industry and Italy”, he concluded.