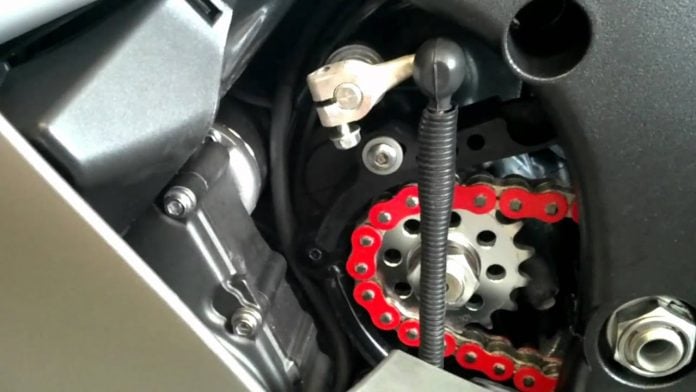 Speed and freedom are two things which adrenaline junkies crave for. There are many ways in which a person can satisfy his/her love for adventure. Some go for trekking, some prefer adventure sports or water sport.

But, the most adventurous go for bike racing. Motorcycle racing is an unparalleled experience, which provides an altogether different kind of thrill and fun which many young adventure seekers look out for.

But wait, do normal motorbikes really match up to the thrill and excitement mentioned above? Well, not exactly. Normal motorbikes or road motorbikes are not made for the adventurous lot. Normal motorcycles are as normal as it gets. They have normal speed levels and normal gears.

For new motorbike riders this pattern is very easy to learn and simple because it only takes a simple upward motion to change gears.

Reverse shift is commonly known as gp shift or race shift because of its frequent use in motorbike racings. It is a very popular shifting practiced on race tracks by racers. On bikes designed for gp shifting, the gears work in the reverse order. Instead of the traditional shifting, this pattern goes in the opposite way. That is, one up and five down.

How does gp shifting help?

Gp shift is particularly preferred for bike racings because it gives a lot of advantages to the bike riders during very deep rights and while taking left turns.

This pattern gives the riders more time to concentrate on the race rather than adjusting the gear patterns. It also allows the rider to enter or exit sharp turns and shifts simultaneously.

Gp shifting is very helpful to the bikers while navigating through turns and corners. This is because the riders tend to tilt at the turns and corners, where the tilted foot comes near the road or track.

During such times, gp shift ensures an easy switch between gears. During a deep lean, the rider must downshift while entering and upshift while exiting. Here the gp shifting helps the rider maintain his balance even at high speed.

The gp shifting pattern tends to be very safe for the racers when they go through curves, because while taking a turn, the feet and the road comes really close so it gets dangerous for an up-kick and it would reduce the shift up and shift back down time and it gives the racers more time to concentrate on the job in hand rather than other secondary things like gear shifting, balancing etc. Even though the gear shifting is easy, it is not an easy thing to start with and master because most of the road motorcycles follow the normal shifting or road shifting. So, adjusting to this new shifting pattern is difficult for the amateur racers who were good with road shifting.

Before making use of gp shifting patterns, it is important to precisely understand its working and then practice it on the curves of the race tracks under proper guidance. Even though at times it can be dangerous, the many benefits of gp shift cannot be denied and that is why professional racers and amateurs alike prefer gp shifting.

Which shifting is better?

Although road shifting is good, it is not possible to use It in hardcore motorbike races. Whenever a racer rides along sharp curves, it is important for him to concentrate on the road ahead. When a racer enters a sharp curve, it causes slight disruption to the steering which can cause negative effects on the racer’s frame, therefore gp shifting avoids crashes from tractions. Even during left turn, gp shifting is easier to make, it is safer for the racer’s foot. Exiting a corner also requires some expertise.

Some racers realign their body positions too quickly while exiting, this can cause an imbalance. This kind of situation can be avoided effectively with the help of reverse shifting. By gaining expertise with the right and left turns, one can reap the full benefits of reverse shifting.

So, in conclusion, we can say that road shifting is very good for normal road motorcycles, but when it comes to racing motorbikes it may not work as effectively and it can cause great inconvenience to the racers.

On the contrary, gp shifting is more suitable for the motorbikes which are made for racing.

Gp shifting is considered a huge boon for the racing community. But nowadays, many motorcycle companies provide the provision for converting the road shift to gp or reverse shift.

This can be done by contacting a mechanic.

Some dangers of gp shift:

The amateur riders will be more at risk with the gp shift because, early in their career, they are more used to the road shift pattern. So, it will take some time for the racer to adjust to this reverse pattern.

If you follow your intuitions and try shifting the gear on the racer bike according to the road shift patterns, then you may fall in grave danger. Some riders also mess up with downshifts. So, to avoid the dangers of gp shift, it is important that the racer takes appropriate training before participating in the race.

At the end of the day, everything depends on the racer’s self esteem and confidence. But a person can still try race shift and then compare it with road shift and then opt for the required shift pattern.

Can I convert my standard shift to gp shift?

Most of the times, the standard shift can be converted into gp shift by flipping the position of the lever because it connects to the shift spindle at 180 degrees in reverse. Because of which the reverse position is attained.

The normal bike can be converted by unscrewing the shift rod and then reversing the rod’s position. After this setup is attained, we can screw the rod back in its position. And finally, the cover is put in place.

This way, the standard shift pattern can be converted into a reverse shift pattern. But not all the motorcycles are made for this kind of conversion. For some motorbikes, it is not possible to convert, and for others, the conversion can be carried out. If you have any queries regarding the conversion, you can refer to the owner’s manual and even contact any mechanic for assistance and then make the required changes.

Nowadays, gp shift motorbikes are a lot in demand because of their wide popularity among the racing community and many manufacturers are manufacturing gp shifting pattern motorcycles to keep up this increasing demand. Many of the motorbike racers find this beneficial so they demand for gp shift patterns.

Reading this article will be beneficial for most of the people wanting to know about gp shifting on a motorcycle and those who want to understand the technicalities of the gp shifting pattern. Even first-time readers can hugely benefit from this article because we have covered everything from scratch.

The language is simple and lucid which can be easily understood by everyone. The concepts of GP shifting patterns are explained in layman terms, which makes it easy to understand. The pros and cons are also listed down meticulously for the readers to take in every aspect and understand it properly.

We have even given some ideas on converting the road bikes into gp shifting racer bikes. And we have also talked about the preferences of some of the people involved in motorbike racing. We hope that this article has been able to shed light on this topic and has provided some clarity.

7 Mistakes You Probably Do That Can Ruin Your Motorcycle