Home Motorcycles What is 1N23456? The Real Reason Behind It! 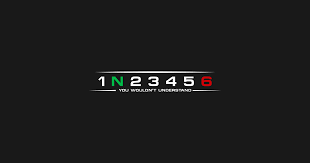 Get out of your home and what do you see around you?

Firstly, the roads, and then the vehicles. The number of bikes on the road has been increasing every year. We all love riding bikes.

Well, who doesn’t. But if someone asks you about the details of the bike or about its properties, will you be able to tell them? Like details about the speed and mileage of the bike, the capacity of its engine, the gear system used in the bike and what not.

For that you will need to search for the characteristics of the different parts used in the bikes, but did you know that there exists something as 1N23456? It looks like a weird combination, right?

Well, let’s have a closer look and see what each symbol and that too with a different color mean.

But before that, let us first understand how exactly the gears are arranged in a bike.

The way in which the gears are arranged (gear pattern) is not linked to the power of the bikes which means that it has nothing to do with the engine. However, the design definitely varies from company to company because every company wants its reputation to grow and be better in the market.

Such bikes cannot be started in second gear because they don’t have that much power to start at the second gear. On the other hand, in the bikes above 125cc, the gear pattern is not sequential.

Such bikes have one gear forward and the rest of them in a backward manner. It is because of this arrangement that the bikes above 125 cc are able to start at first gear and also in second gear.

Therefore, it is because of safety reasons that the gears are designed in such a manner.

Well, N in 1N23456 stands for the neutral gear, which in present in the motor bikes. The neutral gear is present between first and the second gear.

In the past years, every manufacturer followed their own way of gear order and control location, but now all the motor cycles follow this 1N23456 configuration for the main control system because in 1970 the US demanded it to be the same.

But we should know that following this configuration is not a hard and fast rule because many bikes don’t follow this gear shift pattern.

It is on the manager to decide what kind of gear shift pattern he wishes to provide to a gearbox, thereby providing it to the bike as well.

Many bikes in India, like that of Hero Splendor (which is under 150cc), have all up-gear shift where neutral is at the lowest position and 4th is at the highest.

Similarly, bikes like TVS and Bajaj (which is also under 150 cc) have all down or all front shift pattern. Hence, there are many bikes that don’t follow 1 down 4 up shift pattern.

Well, this can be a debatable question because it does not have any specific answer. Till now two explanations have been given by people as to why neutral gear is present between the first and second gear.

The first explanation as to why the neutral gear lies between the first and second gear is that, at the time the rider starts the bike, the rider’s body is at rest.

So in that case, it would be easier for him to push the gear forwards, which means that it would be more convenient for the rider to shift the gear from neutral to first gear.

But in the case when the rider is riding the bike, his body is pushed back due to the movement of the bike. So it means that pushing the gear forward would not be convenient as it would counteract the motion of the rider’s body.

Hence, in this case, it would be easy for the rider to pull the gear backwards towards his body, thereby helping in changing the gear.

Now, let us see the second explanation which is considered to be a solid proof for 1N23456 configuration.

We know that a bike consists of several gears. But what are the uses of these gears, let us know that first.

But, in case one is going up a steep road, then the first gear can be used. The role of the other gears on the bike is to simply increase the speed of the bike.

The second explanation as to why neutral is between first and second gear can be understood with a simple example.

At this point, you will definitely need to drop the speed of the bike. So in such a hurry, it is a natural tendency that our reflexes will function faster and, therefore, you would move the gears down in a rush and ultimately land up to the lowest gear which would thereby engage the engine and lower the speed of the bike. This is the main reason why neutral is kept between the first and the second gear.

Suppose if the neutral had been at the lowest place and not in between the first and second gears, then, in that case, when you hurriedly moved down the gears, you would end up losing control over the bike as well as the engine which would result in an accident.

It won’t be possible for you to lift up the gear to the first gear because you would be panicking and would want to stop the bike at any cost.

Thus, the above point explains the importance of 1N23456 configuration.

Let us now look at another example, which will further clear our doubts on why we have 1N2346 configuration and not N123456 configuration.

This would be the case in 1N23456 configuration. Had it been N123456 configuration, when you would pull the gear, you might land up in 2nd or 3rd gear, thereby increasing the speed of the bike and hence making it dangerous to the extent that you might lose control of your bike due to insufficient pull.

Therefore, it would be convenient for anyone to pull the bike in the first gear and move upwards rather than applying the brakes.

Therefore, one should know that while going downhill or driving on flat roads, we can slow down the bike simply by applying brakes, but while going up the hill, we can control the speed of the bike only by using gears.

So, this point further illustrates why 1N23456 configuration is followed and also lets us know how life saving, it is to have the first gear at the end.

So we can at least say that the positioning of letters and digits in 1N23456 configuration is not vague and thoughtless. It has rather been thought about intelligently and then placed. 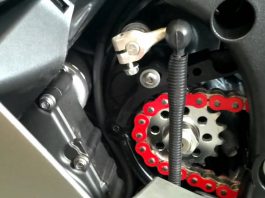 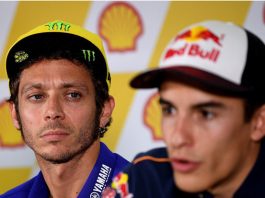